This is the forum to discuss non-footbag movies, TV, music, videogames, and art.
Post Reply
14 posts • Page 1 of 1

I haven't played it, but the sequel looks like its pretty dope. I just played skyrim (legendary edition) for the first time yesterday. Shall I give dark souls a shot?
Click HERE to watch GRAND THEFT GRAVITY Full Length Freestyle Footbag Video

Asking Erik of you should try dark souls is like asking me of you should watch Star Wars. That is to say, the answer will be YES!

I didn't really get the joke, but that's OK because I'm pretty lame.

Maybe you cannot see it on tapatalk. *just checked... the lame joke was totally visible. no way that you are lame. the joke was just bad or worse. it got removed. Erik, next time I see dark souls I'm gonna purchase it.
Click HERE to watch GRAND THEFT GRAVITY Full Length Freestyle Footbag Video

Do you game on PS3? Id like to play online coop or PVP with actual people I know

Let me know when you get it

I have a few different PSN accounts just for Souls games, but PM me whenever and we can connect!


Also... Skyrim and Dark Souls...
Dark Souls purists really hate Skyrim, but I'm also a big Elder Scrolls fan. I think Skyrim was my least favourite of the series so far, but I still really liked it. The reason Dark Souls players hate on Skyrim is because like many other modern games, it holds your hand and tells you exactly what to do. Another major complaint is that Skyrim's combat is wispy -- like you're just kinda swinging at air and the enemy happens to take damage.

So the major difference in Dark Souls is that it gives you the basic controls at the beginning and that's it. Story is kind of optional and you have to dig for it. You don't really know what you're supposed to be doing or where you're supposed to be going. And you won't know how to optimize your gear because it doesn't really tell you how. For those reasons it's really satisfying when you figure things out for yourself. But everything about the game is flawless. The game mechanics are very intricate and precise -- every single subtle movement and action you make has benefits and consequences. And the story is incredibly engrossing if you take the time to follow it. There are a million different ways to play the game and that's what gives it such incredible replayability (I've beat the game, like, probably close to 50 times, and I play a lot of PVP too). 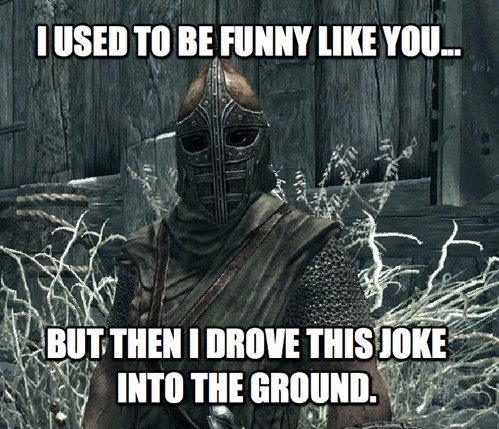 I think I'm in trouble.

Prattled off some starter tips for Paul and thought they might be helpful to anyone else who might think of trying the game, or who has tried and got stuck:

GENERAL
-pay attention to and REMEMBER any subtle hints and cues the game gives you (if the game suggests a strategy for beating a boss or enemy by taking advantage of the environment, remember it for future encounters where it might be applicable!); torches tend to light the way in the direction you should be going if you are lost

HUMANITY
-reverse hollowing with humanity in order to turn human -- do this very strategically; being in human form will mean that you can summon other players to help you with an area you struggle with, but also means that you are vulnerable to being invaded by other players who mean to kill you
-humanity is a bit complex to understand: the number of humanity you have is indicated in the top left corner of your HUD. If the circle there is greyed out it means you're hollow, if it's lit up black and white, then you're in human form. It costs 1 humanity to reverse hollow/turn human.
-It also costs 1 humanity to kindle a bonfire. Kindling a bonfire allows you to refill your estus flask (healing item) to higher number at that specific bonfire. Until about halfway through the game you can kindle each bonfire once to allow you to refill your estus to 10 instead of 5 (the very first bonfire is the only one that starts at 10)
-you can gain humanity in 2 main ways: 1) you may randomly gain one by defeating a certain number of enemies (the number in the top left will increase by 1), or 2) you may pick up a consumable humanity item which can be used to add 1 to the humanity counter in the top left. When consuming a humanity item, your health is also filled completely, but these are pretty rare items, so use them sparingly

EQUIPMENT
-equipment is arguably more important than level and stats. With the right equipment you will be a lot more fit to fight bosses and regular enemies, and particularly any player invaders (who are often wielding overlevelled equipment)
-on that note, online play is generally limited to within 15% of player level, so you can only be invaded by players 15% below or above your own level, and likewise you can only summon players within that range
-the most important stats for armour are physical damage reduction as well as elemental and magic damage reduction. Generally, physical damage reduction is most important, but if you are fighting a boss that wields fire, for example, your fire damage reduction is going to be more important and switching to armour with better fire defense is going to be more efficient for that fight
-Shields are considered weapons and are organized as such; the same factors for armour apply for damage reduction -- you generally want a shield that reduces 100% physical damage, but again you will want a higher fire damage reduction shield for the previous example, and other stats may be more important, for example if the shield has an auxiliary effect that boosts some stat or health regeneration or something...
-There are also two very important stats that come with shield and armour: stability and poise, respectively. They are essentially the same thing. What they do is prevent you from being stun-locked. If you have zero poise then any action you perform will be interrupted by an enemy attack -- if you are in the middle of an attack animation and the enemy hits you first, your attack will be cancelled. The more poise you have, the less likely you are to be stunned like this. Likewise, the higher stability possessed by your shield, the less likely it is that your guard will be broken when holding your shield up.
-Light armours generally provide no poise, while heavier armours do. Equipment weight is a HUGE thing in this game, so choose wisely

UPGRADES AND SCALING
-upgrading isn't explained well enough in the game, so looking up how to do that online is acceptable -- just avoid spoilers about where to find particular items, NPCs, etc. You basically need different types of titanite to upgrade your weapons and armour. For most things you will only need the standard titanite, which comes in shard, large shard, chunk, and slab forms -- as you upgrade your equipment, it will progressively require better pieces of titanite. These can also be kind of rare -- particularly the better pieces, so make your upgrade choices wisely at higher equipment levels
-In order to make wise equipment choices, study and compare stats. Important stats for weapons: damage (in the form of physical, elemental, magic, and faith) and scaling. Scaling is CRUCIAL. You should have some idea of what kind of character you like to play -- strength-based, dexterity-based, magic-based, and faith-based are the main focuses in Dark Souls. I always like to be a sneakier, faster character, so dexterity my personal preference. Level your character based on that and try to focus on 2-3 major stats (usually vitality, stamina, and one other (strength, dexterity, int, or faith)) rather than spreading yourself thin evenly.
-Also, on that note, most stats start to lose effectiveness after level 40-50, so levelling up to 70 dexterity and hoping for amazing katana-scaling benefits isn't gonna do too much. You progressively get less benefits from levelling-up a stat to the point of diminishing returns after 40-50.
-So back to scaling: weapons scale with stats in addition to their base damage. So if you are playing as a dexterity build, you want to use primarily weapons that scale with dexterity -- light, fast weapons like katanas and daggers. If you choose to play as a strength-based character you will want to choose weapons more like hammers and greatswords, which are slower, but deal greater base damage. As I said, in addition to base damage, almost all weapons will have stat-scaling. Scaling goes by S, A, B, C, D -- in that order (S being the highest scaling). If you have a katana that scales S with dexterity, you will gain additional damage output with that weapon based entirely on the number of your dexterity stat. D-scaling will have a significantly lower percentage of scaling than S, so anything below B isn't so hot. The same works for strength, intelligence, and faith-scaling.
-Just to explain, faith is like magic, but is based on a different stat (faith instead of int) and gives you access to a different repertoire of spells (miracles)
-Scaling will often increase (eg from A to S) with upgrades

INVINCIBILITY FRAMES
-i-frames are arguably the most important mechanic in the game. This is kind of how they work: during certain actions you are completely invincible. These actions include: rolling and performing critical attacks (backstabs and ripostes). What this means is that if an enemy is swinging a sword at you and you roll into the attack, if timed correctly, you will not take damage. So in this game, far more important than holding your shield and blocking attacks (which consumes stamina and requires good stability or poise) is dodging attacks altogether.
-This is the reason that I said that equipment weight is so important. Your character will roll at different speeds depending on equip burden. Under 25% burden, you will fast roll, under 50% you will mid-roll, and over 50% you will "fat" roll. Over 100 and you cannot roll at all. The faster the roll, the more iframes your character has, which means a greater window of avoiding damage.
-Rolls have to be timed very well and the closer you are to the enemy the safer you are -- there are some weird intricacies of how this works so it's a bit more complex than just "rolling = no damage"
-While performing a backstab or riposte (after a successful parry), you are completely invincible, so this is a good strategy for when you are surrounded by enemies as you can focus on one at a time and if the others attempt to attack you, you are safe during the critical attack animation.
Erik Chan
video | blog
Footbag Foundations
Footbag.org gallery
Top